Ann Arbor trip...lots of cold and some shopping

Well, Art and i went to Ann Arbor (Michigan..home of the Universtiy of Michigan) It is such a beautiful city. I enjoy walking around and shopping in all of the little stores and boutiques. Of course for me the most interesting ones are the ones that have stuff to make things and ones with books. So I started my morning off at 9am at Borders. I dropped Art off, at his course (the reason we came) and then headed over to the parking lot right behind Borders. A green tea latte,a huge bag o' books and an hour later I emerged, to stroll through the bitter cold to explore the town further.

First though...this is what resulted at home. Stephanie took the boys over to Kalamazoo for lunch and some sledding. Tyrus was playing hot-rod sledder and took the ramp of snow...and landed on his wrist. Xrays this morning confirmed our worries...yup! it is broken...poor guy. He hasn't complained though of the pain..said it was around a "4"*edit* Art just told me that Tyrus said this morning at the hospital that he was airborn and despite the pain..and that it was all worth it...rofl! 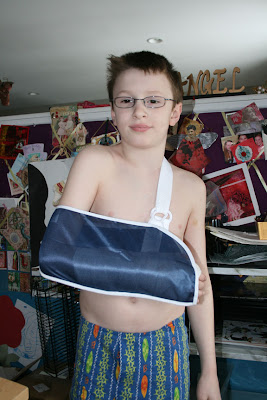 My Border's Bookstore finds...a digital photography magazine..the latest Belle Armour and Bernie Berlin's ATC workshop book, She invited me to participate in her next book..so i figured I better get the first one so i know what I am getting into 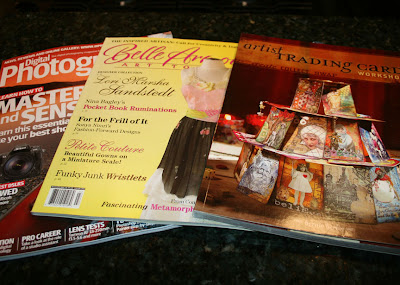 The biggest book i have ever owned. I just couldn't resist, according to the introduction this is the most complete book on Leonardo ever published...it is aWesome! 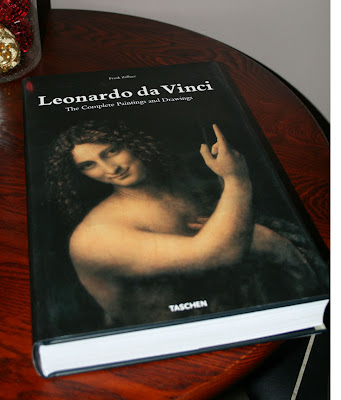 The Michigan Theater...a most beautiful example of theaters of the early 1900's. this theater was completely restored afew years ago. It is amazing~Art and I were able to go see a restored version of the movie "Metropolis" from approx 1926. A silent film of course. the cool part is that they had an organ player playing the musical scores that were created for it...just like in the old days~ 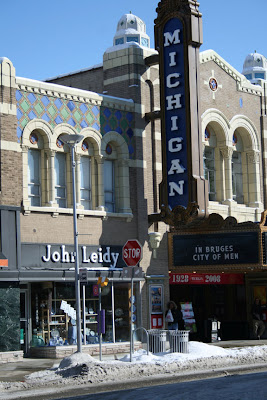 Look at all the snow i had to trek through..brrrr 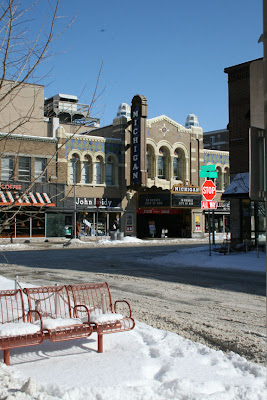 My goodies that I found. I went to a shop called the Bead Gallery on Liberty street...wow~ I want to make more button and bead necklaces...One in red and one in greens..later at the end of the day I found this jar of vintage buttons...in green and reds no less...YAY!!~that was in the Kerrytown mall where Hollanders paper store is and a little shop upstairs called "Found" 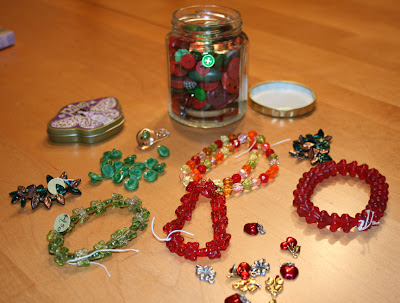 a close up of the "shroom" pendant...see it inside?..It is going on my "lucky" green necklace...i think it will have a foresty theme...with some shamrocks thrown in for good measure..lol 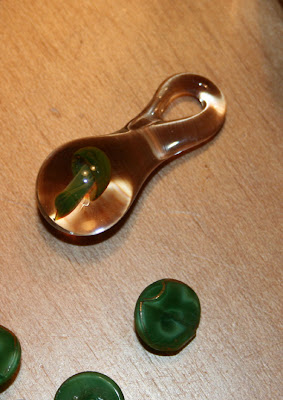 pure yum!!!i LOVe vintage buttons. I took a picture of the jacket from my dad that inspired one of the papers in my Father Knows Best paper set...and there are vintage buttons on that...I made that at least 17 years ago...so vintage buttons have always been a soft spot for me. I am thinking of digging out my vintage canning jars and organizing my buttons by color. Every time i see someone's studio or craft room i drool over their buttons when they do that~ 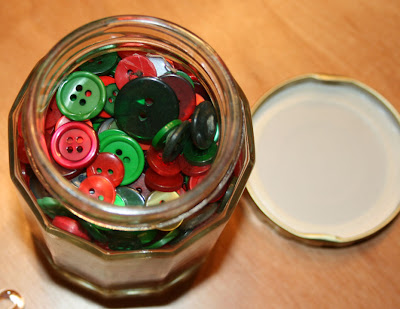 I also visited this fun boutique called Orchid something or other..geesh my memory. They carry clothing, accessories and decorations from all over the world. They buy directly from the artisans, so they do a great job supporting the artisans of the different areas. These felted flowers are from Nepal~ 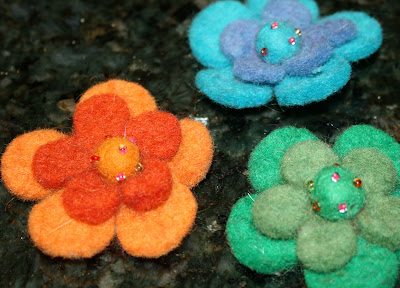 I always visit a shop called Peaceable Kingdom. I found that cute fairy mint tin in the above picture and couldn't come home empty handed for the boys..so I bought them these cute retro tin wind up toys
Turner is my ham....and such a poser in front of the camera..lol~ 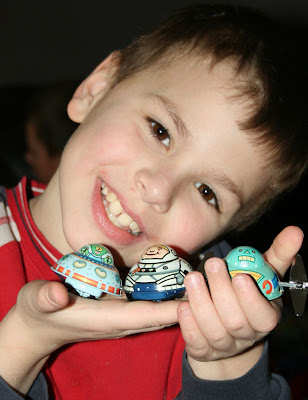 I hope you enjoyed my little adventure and shopping trip...i am closing this today with my last picture..of my new friends that I found for half off at Hobby Lobby last week....they need names...aren't they fun?
now off to go make some necklaces with those new beads and buttons! Happy Sunday every one!~ 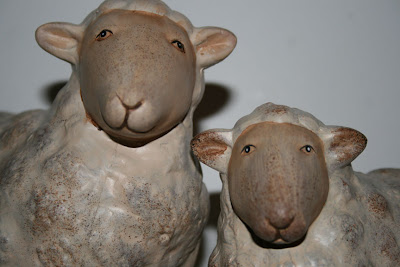 Posted by Angela Hoffmann at 12:44 PM

what a fun adventure it sounds like you had Angela! Love your new necklaces, fun! Ouch about the wrist...boys! LOL
I see a burl and Ivy or Fred and Ethel LOL